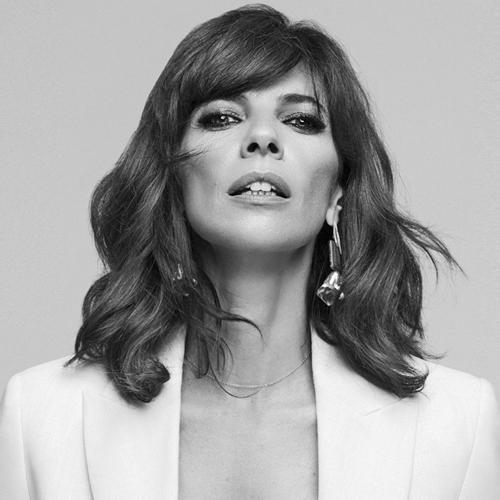 Since her teenage debut, Maribel Verdú has been a constant presence on the silver screen, with a vast filmography that encompasses over 80 titles. Her talent and versatility as an actress have led her to collaborate with filmmakers such as Vicente Aranda, Fernando Trueba, Eloy de la Iglesia, Emilio Martínez Lázaro, Ricardo Franco, Montxo Armendáriz, Manuel Gómez Pereira, Bigas Luna, José Luis Garci, Gerardo Herrero, Carlos Saura, Gonzalo Suárez, José Luis Cuerda, Ariel Winograd, Gerardo Olivares, Cesc Gay, Andy Muschetti, Giddeon Raf, Francis Ford Coppola— and, a few months ago, with Rodrigo García on his latest film, Raymond & Ray. In Mexico, she is best known for her character in Y tu mamá también, by Alfonso Cuarón, as well as her for her performance in Guillermo del Toro’s Pan’s Labyrinth, which earned her the Ariel for Best Actress, but her work in Mexican film is by no means limited to these two titles. The Zone, by Rodrigo Plá, as well as a couple of works-in-progress, are just an example of her presence in our country.

Verdú is a member of the film academies of Spain, Mexico, Europe, and the United States. An eleven-time nominee for the Goya Awards, she has won twice: for Seven Billiard Tables, by Gracia Querejeta, and Snow White, by Pablo Berger. Among her dozens of accolades are the National Film Prize and the Gold Medal of the Spanish Film Academy; she is the youngest ac- tress to ever receive the latter.

Through her continual collaborations with directors in our country, Maribel Verdú has been a bridge between Spain and Mexico, a warm and supportive embrace between our two cinemas. It is an honor to welcome her to FICM, to have this opportunity to acknowledge her work and cultural contributions, and to thank her for her sincere love of Mexico.