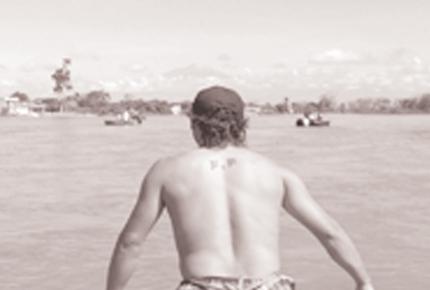 Bajo el Tacaná follows the lives of several migrant women as they are arrested in control posts and hostels across Mexico´s southern border, in the Soconusco region, run the risk of being deported at a migrant station in Tapachula, and visit places where they are forced or lured into prostitution by the Mexican authorities. Bajo el Tacaná uses the migrant´s testimonies and first-hand accounts from bystanders, such as a taxi driver in Tapachula and a doctor who tends the prostitutes to chronicle the atrocities that take place in the Mexico- Guatemala border. Voice-over adds meaning to the film, while the music conveys what we couldn´t or wouldn´t dare to record on video.