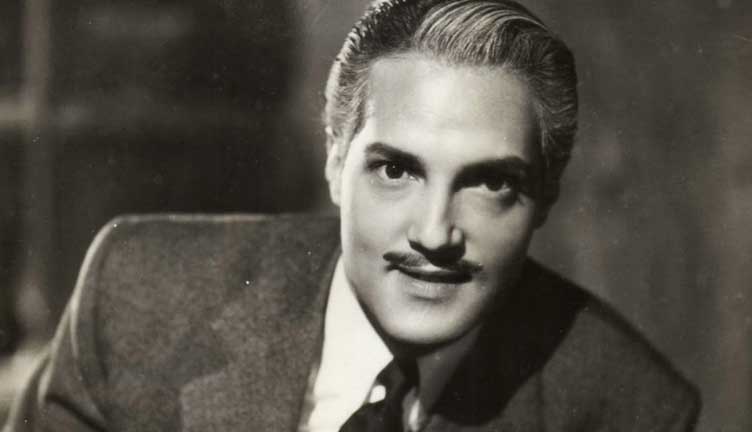 He was an actor of enormous presence and great height (1.80 metres) who knew how to appeal to the taste of a Mexican public that packed cinemas like the Estrella, Palacio or Cairo. Born in Guadalajara, Jalisco, Roberto Cañedo Ramírez (1918-1998) worked as an electrician, radio technician and hotelier before he arrived in Mexico City at the age of 18, where he found work as a busboy, waiter, a dresser for stars, a cable-puller and a stuntman in film studios, until he gained a part as an extra in Rene Cardona's El cobarde (1938). His lanky figure helped him, as did his tone of voice, romantic appearance, slick, well-groomed hair and trimmed moustache.

In Arcady Boytler's El Capitan Aventurero (1938), which starred the actor and tenor José Mojica before he became a friar, Cañedo started from the bottom along with a couple of brothers who were also trying to make it big: Tito and Victor Junco. The film would be followed by small parts in films in 1942, many starring Jorge Negrete, like Historia de un gran amor, Así se quiere en Jalisco, or Peñon de las ánimas, in which the imposing Maria Félix made her big-screen debut. In Los tres Mosqueteros, in which he stars alongside Mario Moreno Cantinflas, a homophobic joke is made at his expense: in a line of actors at a film studio, someone calls for number 41 and Cantinflas tells him "That´s your number!" (a reference to the Dance of the 41 scandal) – Cañedo leaves the line angrily and the comedian mimics him.

It wasn't long before Cañedo started to gain success as an extra: his face appeared briefly, but more and more frequently. He was determined, prevailing in small parts - or bits, as insiders called them - like so many other extras and secondary actors whose faces were immortalized by Mexican cinema's Golden Age, but who never became famous. Cañedo understood the importance of perseverance, and the value of making the most of any appearance, no matter how brief. It took him 10 years from his arrival to the film studios, and nearly 70 films as an extra, before he had his chance to star in Pueblerina.

Cañedo not only won the Ariel for Best Actor for his first starring role, but he also won the respect and admiration of audiences who went to see him at the Alameda Cinema when the film premiered in July of 1949. He plays a man who comes out of prison only to find that his girlfriend has been abused and made pregnant by one of the town's 'caciques'. He turns his troubled campesino into a true and dignified hero who takes the woman he loves as his wife in one of the best sequences in the history of Mexican cinema: a solitary wedding party to the sound of the song "Dos arbolitos". 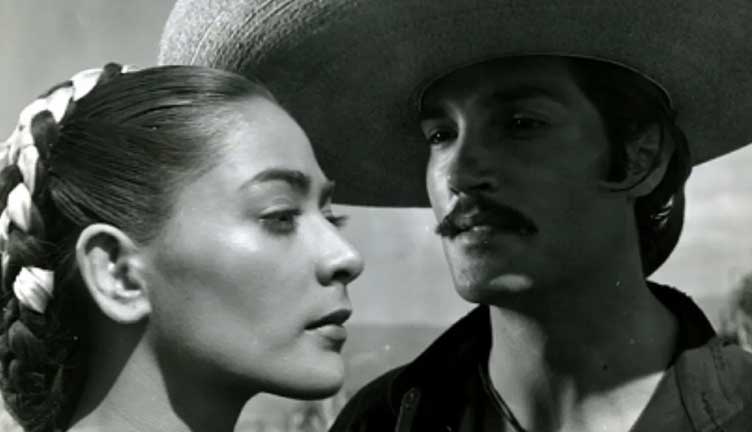 Pueblerina (1946, dir. Emilio Fernández)He had important roles in two extravagant films by Juan Orol: El reino de los gangsters and Gangsters contra charros (1947). He shared credits with Dolores del Río and Pedro Armendáriz in La malquerida (1949, Emilio Fernández). He starred in the disturbing suburban drama Pecado (1950, Luis César Amadori) with the Argentinian actress Zully Moreno and a young Angélica María. He had a great role in Cuatro de Hotel (1952, Adolfo Fernández Bustamente), a melodrama that showed the horrors of city life, starring alongside Lilia Prado. He successfully embodied the Cuban José Martí in Rosa Blanca (1953, Emilio Fernández) and went on to star in Alejandro Galindo's thriller Los dineros del diablo (1952), in which he faces off against the villain Victor Parra. In Y mañana serán mujeres (1954, Alejandro Galindo), Cañedo plays an enthusiastic doctor and investigator who is in love with the shy teacher Rosita Quintana. In the unusual Borrasca en las almas (1953, Ismael Rodríguez) he plays an obsessive teacher who is torn between his doting wife and her ex-prostitute twin sister, both played by María Elena Márques.

An important historical figure in radio soap operas, plays and the then nascent television, Roberto Cañedo continued working as a protagonist and supporting actor with the directors of the new youth cinema movement, in films in which he played father figures like: Quinceañera (1958); Ellas también son rebeldes (1959); Una joven de 16 años (1962), or Cinco de chocolate y uno de fresa (1967). He appeared in the intriguing horror series El fistol del diablo and as María Félix's lover, under the direction of Luis Buñuel, in Los ambiciosos (1959). He was a supporting actor or a villain in many titles from the highly successful wrestling cinema movement – a genre that contained more than 300 titles and that stretched well in to the 90's. In 1997 he won the Ariel for his career as an actor in the small and large roles that made him unique. And that was not all: Cañedo was also a creative genius. He invented carbon paper, the disposable plate, light bricks, the electronic pointer and a water heater that worked with solar energy. 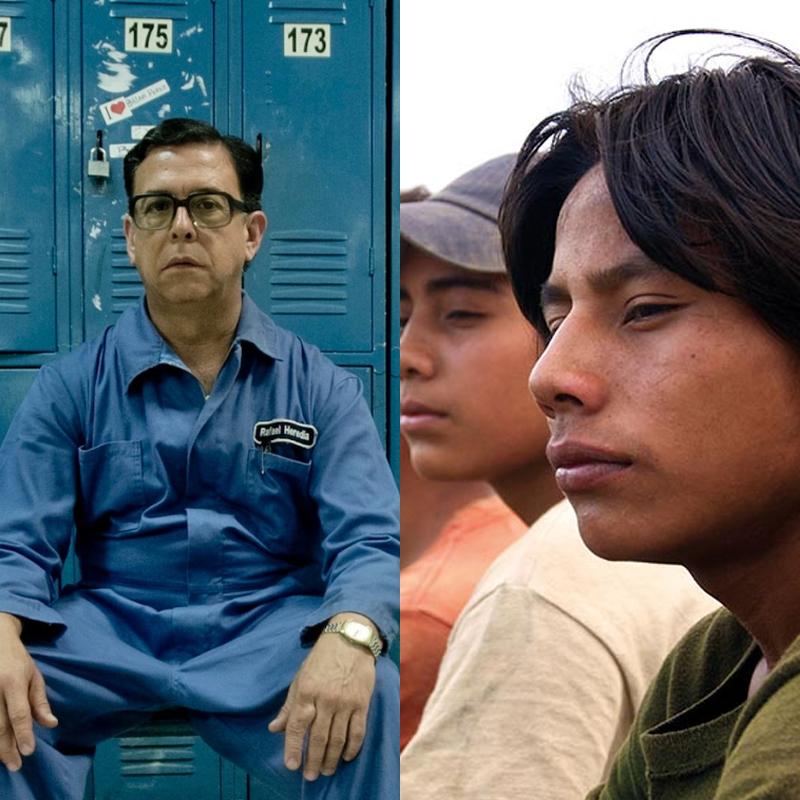 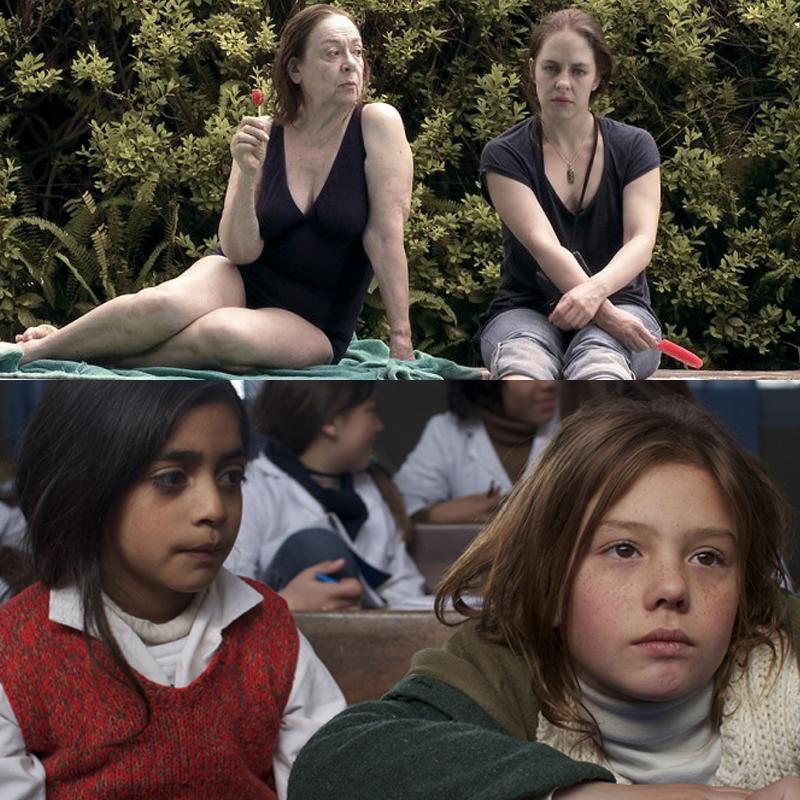 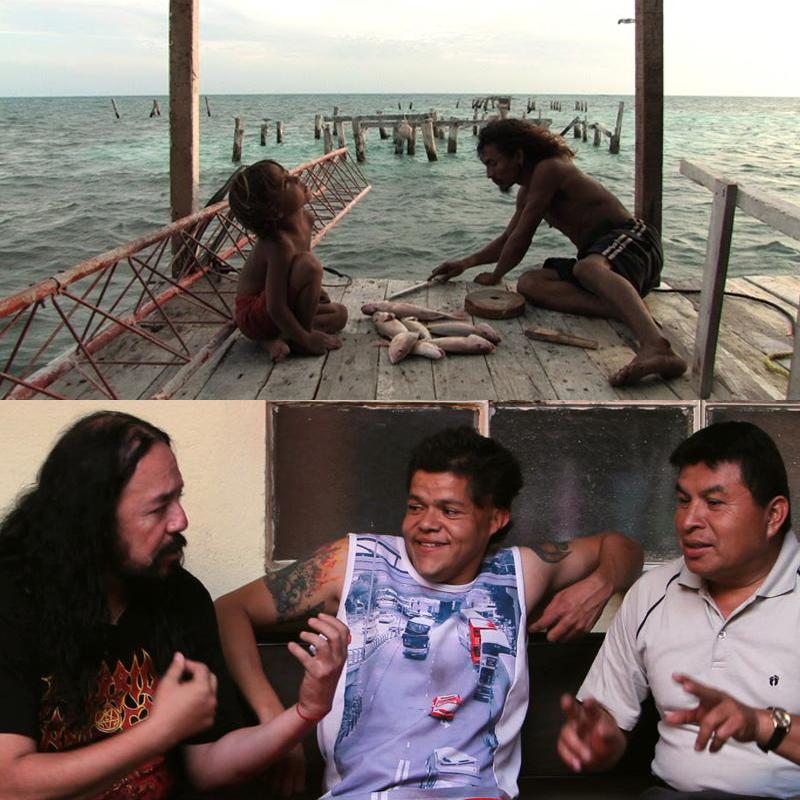