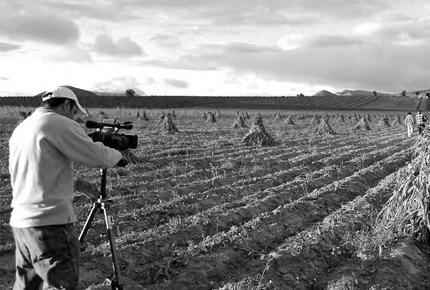 In 1994, the U.S. transnational company Granjas Carroll began operations in the valley of Cofre de Perote, in Veracruz. At first, the farmers thought the pig farm would benefit the community but as time went on they realized they had been deceived: the farm contaminated the air, the land and the water. The farmers united and began to protest. Time will show they were right: in 2009 the terrible swine flu epidemic begins in “La Gloria” and spreads throughout the world.