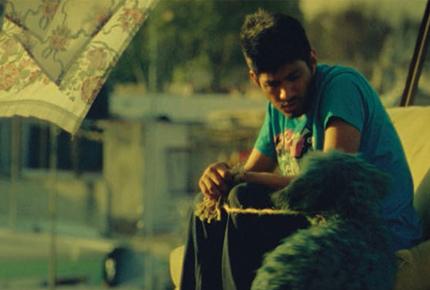 Jorge and Nora dream about each other; theirs is a lyrical romance. They swore they would not give in to their desire because their gang is at stake and Nora´s boyfriend is Jorge´s best friend, but Jorge decides to break the rules. He is Blue Dog.