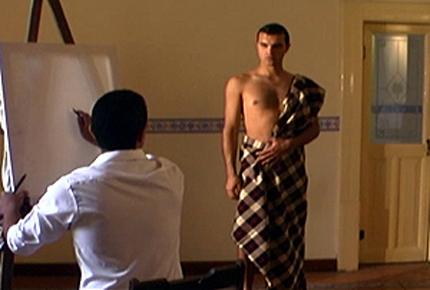 Manuel and Carmen One morning in 1922, Carmen Mondragón bursts into the painter?s studio of Manuel Rodriguez Lozano, her ex-husband, in a violent rage to reproach him for spreading rumors that she had killed their baby. His evasive attitude, along with the presence of Abraham Ángel, who poses nude for his teacher, spurs yet another of the disputes that would give life to the legend of these two contemporary Mexican artists