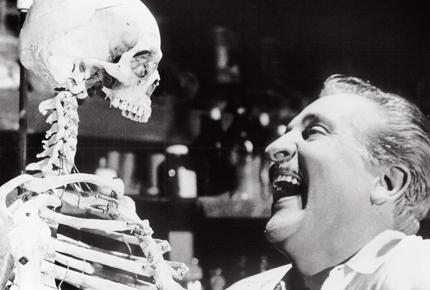 The marriage between Gloria and Pablo Morales is a living hell. She torments her husband with her jealousy, complaints and extreme puritanism bordering on obsession. Gloria doesn’t want to separate and the situation has become unbearable. One day, Pablo tells his friends that Gloria went to Guadalajara to visit an aunt. However, in his laboratory, Pablo, a taxidermist, keeps a skeleton, which he treats as if it were his wife.