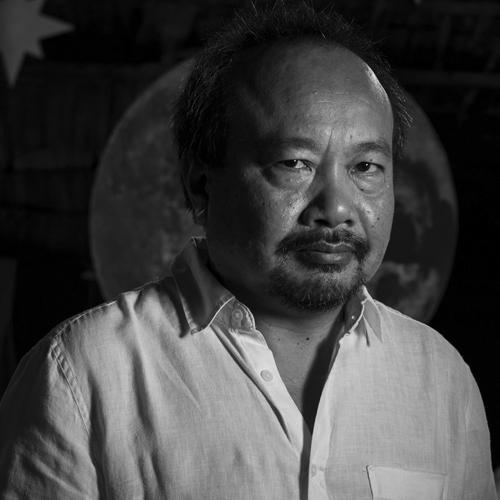 Rithy Panh is a filmmaker, writer, and producer. Born in Cambodia, he studied filmmaking at the Institut des Hautes Études Cinematographiques in France. His work focuses primarily on the genocide committed by the Khmer Rouge regime in his homeland. Rooted in first-hand experience, Panh’s works have a rare and striking authority.

He has directed numerous internationally acclaimed films, including The Rice People, which was selected for the Official Competition of the Cannes Film Festival in 1994; The Land of Wandering Souls (2000), which won several awards, including the Robert and Frances Flaherty Award at the Yamagata International Documentary Film Festival; the influential S21: The Khmer Rouge Death Machine (2004), which took numerous awards around the world, among them the Albert Londres Award; Paper Cannot Wrap Embers (2007); The Sea Wall (2008); and Duch, Master of the Forges of Hell (2012). In 2013, Panh directed The Missing Picture, which was nominated for the Academy Award for Best Foreign Language Film and won the Grand Prix in the Un Certain Regard section at Cannes. He then directed France is our Mother Country (2014), Exile (Cannes Film Festival 2016), and Graves Without a Name (Venice, Telluride, and Toronto Film Festivals 2018). He is also a principal founder of the Cambodian Film Commission, an industry development organization that includes the CFC Film Lab, a professional film training program for Cambodians.