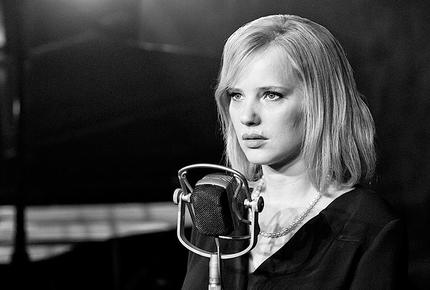 A passionate love story between a man and a woman who meet in the ruins of postwar Poland. Though their backgrounds and temperaments are very different, they are fatally condemned to be together. Set against the backdrop of the Cold War in 1950s Poland, Berlin, Yugoslavia, and Paris, the couple are separated by politics, character ﬂaws, and unfortunate twists of fate—an impossible love story in impossible times.

Radovavan Karadžic´ was one of the best known and most controversial leaders of the wars that, during the 90s, ended up tearing Yugoslavia apart. Serbian Epics takes place in the early years of Karadžic´ 's leadership, offering us an insight into the motivations of the Serbian people in a struggle that represented for them the defense of their religion and historic territory.

Anna is an orphan raised by nuns in Poland during the 1960's. Before taking her vows, she's determined to see Wanda, her only living relative, who tells Anna that she is Jewish. Both women embark on a journey to discover their tragic family history and their true origins, which make Anna question her religious beliefs.

My Summer of Love

Mona is a 16-year-old tomboy whose keen intelligence and sensitivity spur her to find something beyond her flat, everyday existence. Tamsin, the same age, is from a wealthy family and has had the benefit of a good education, though she is spoiled and cynical. The girls couldn't be more different. Still, in spite of their differences, the two girls become friends over the course of one hot summer in Yorkshire.