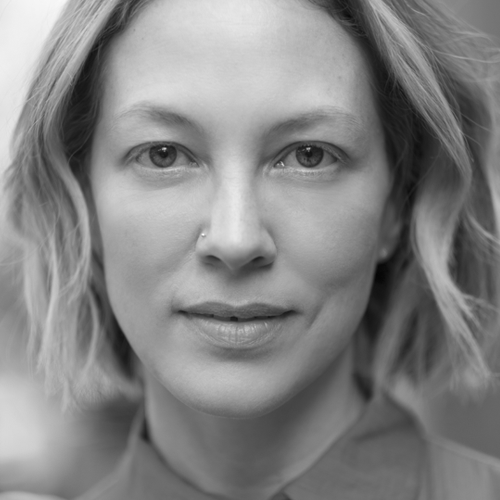 Paula Amor was born in Mexico City and studied communica- tion sciences. Since 2018, she has been the general director of La Corriente del Golfo, founded by Diego Luna and Gael García Bernal, a company focused on the creation and production of film, documentaries, series, and podcasts. She worked for over a decade as a cultural promoter for numerous projects, including the Morelia International Film Festival, music fes- tivals, and art and design fairs. Amor is a co-founder of the organization El Día Después and a member of Ya Es Hora, an initiative spearheaded by women in the audiovisual industry to advance a gender agenda centered on three priorities: vi- olence-free workplaces, equality, and representation of the female gaze in stories.