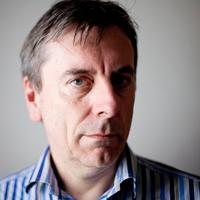 Is the editor of Sight & Sound magazine. He began reviewing films in 1989 for City Lights, where he eventually became editor of the film section. His book on Michael Mann’s Heat was published in 2002 and he was the presenter of the BBC documentary British Cinema: The End of the Affair that same year. In 2010 the French government made him a Chevalier de L’ordre des arts et des lettres, and the following year he received the Telluride Film Festival Special Medallion on behalf of Sight & Sound. He has served on film festival juries in San Francisco, Toronto, San Sebastian, Istanbul, and at the Semaine de la Critique in Cannes in 2011. He is currently writing a work of fiction, The Lost Geniuses of British Film.