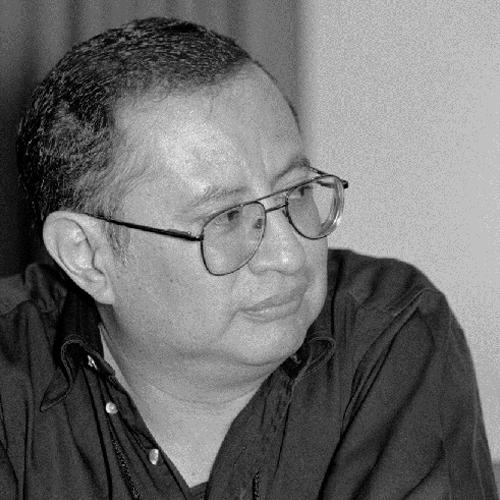 Eduardo de la Vega Alfaro (Mexico City, 1954) has a Ph.D. in film history from the Universidad Autónoma de Madrid (Autonomous University of Madrid); from 1978 to 1985 he worked at the UNAM Filmoteca and at the Cineteca Nacional (National Film Archive); from 1986 to 2005, he was a professor and researcher at the Centro de Investigación y Estudios Cinematográficos (Center for Film Research and Studies) of the Universidad de Guadalajara, which he also came to coordinate. He is currently a member of the same university’s sociology department, where he lectures on the history and sociology of film at the undergraduate and post­graduate levels. He has contributed critiques and essays on many different film­related subjects to newspapers, journals, and books published both in Mexico and abroad; he is also the author and co­author of monographs on the lives and work of Mexican filmmakers. Together with Leonardo García Tsao, he coordinates the collective project Historia de la producción cinematográfica mexicana, 1977-2010 (History of Mexican Film Production: 1977-2010) the continuation of Emilio García Riera’s Historia documental del cine mexicano (Documentary History of Mexican Film), and has undertaken various projects dedicated to disseminating film culture; these include, most notably, organizing the Coloquio Nacional de Historia del Cine Regional (National Colloquium on Regional Film History) on eight occasions, conducting research for multiple documentaries on film art, and both advising and curating many exhibitions on the history and aesthetics of Mexican film. In 1995, he was awarded the Premio Bellas Artes Luis Cardoza y Aragón (Luis Cardoza y Aragón Fine Arts Prize) as a visual art critic for his essay La pintura en el cine. Influencia de las artes plásticas nacionales en el proyecto inconcluso de ¡Que viva México! (S. M. Eisenstein, 1930-1932) (Painting in Film: The Influence of Mexican Visual Art on the Unfinished Project ¡Qué viva México! (S. M. Eisenstein, 1930-1932)). He is a member of the Sistema Nacional de Investigadores (National System of Researchers), level III.