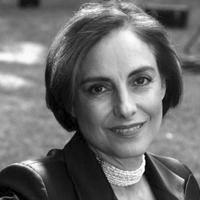 Diana Bracho studied Philosophy and English Literature in New York. She made her film debut in 1972 in Arturo Ripstein’s El castillo de la pureza, for which she earned her first awards. Between 1973 and 1978 she lived in Oxford, England, where she studied the Alexander Technique and participated in the University of Oxford’s Experimental Theatre Club. Alongside her film work, she has pursued an important theatrical career which includes works such as Sergio Magaña’s Santísima (1981), Tennessee William’s A Streetcar Named Desire (as Stella in 1982 and Blanche Du Bois in 1996), Oceransky’s Las dos Fridas (1989), Oscar Liera’s Los negros pájaros del adiós (1990), Sabina Berman’s Entre Villa y una mujer desnuda (1993), Terrence McNally’s Master Class (1999), and Christopher Hampton’s Dangerous Liaisons (2001). Since the mid-eighties she has also performed in several soap operas such as Cuna de lobos (1986), Cadenas de amargura (1991) and El vuelo del águila (1992). She is currently the President of the Mexican Academy of Motion Picture Arts and Sciences.