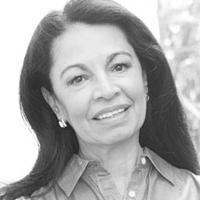 Born in Mexico City, Ana Cruz Navarro is a Communication Sciences graduate from the Universidad Iberoamericana. She also studied film at the University of Southern California in Los Angeles and specialized in television and documentary at the BBC in London. She has produced scientific documentaries for CONACYT (National Science and Technology Council) and was a scriptwriter for theatre series and television dramas for state-owned IMEVISION. After that, she became an independent scriptwriter, producer and cultural television director. Her work in Mexican media, which stretches over more than 25 years, has earned her numerous awards such as the Latin-American Historic Radio Series Prize (1989) and the Silver Microphone (2001) for the tourism and cultural promotion series Mosaico Mexicano. She also received the Goethe award for her promotion of German culture in Mexico. Since 2004 she is President of the Women in Film and Television Association (Mexico), and in 2005 she presided the jury of the Femme Totale International Film Festival celebrated in Dortmund, Germany. She is currently promotion and programming director at the Cineteca Nacional (National Cinematheque) and works as an independent scriptwriter. She is also a contributor to several national and foreign cultural magazines.