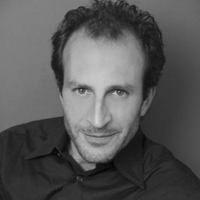 In his extensive career, distinguished Mexican film actor Daniel Giménez Cacho has become an internationally recognized stage and screen presence. Born in Madrid, Spain in 1961, he studied acting, voice, and dance in Mexico, Italy, and Spain. In the 1980’s he began his work in theatre and succeeded in building up an attractive repertoire (including Shakespeare, Tieck and O’Neill) while working with celebrated directors such as Juan José Gurrola and Ludwik Margules. He has also tried his hand at stage direction with works like Copi’s El homosexual o la dificultad de expresarse, which premiered in 2002. His film career encompasses more than 30 features, including Sólo con tu pareja (Alfonso Cuarón, 1990), La Invención de Cronos (Guillermo del Toro, 1992), Profundo Carmesí (Arturo Ripstein, 1996), Celos (Vicente Aranda, 1999), Le prince du Pacifique (Alain Corneau, 2000) and La mala educación (Pedro Almodóvar, 2003), in addition to his considerable work as a short film actor. His achievements have been widely recognized. He was awarded the Best Actor (1993) and Best Actor in a Monologue (2005) awards granted by the Mexico Theatre Columnists and Critics’ Union. He has also been distinguished twice with the Ariel award for Best Supporting Actor (1996 and 2004), and twice for Best Actor (1996 and 2003) for the films Profundo Carmesí and Aro Tolbukhin. En la mente del asesino.