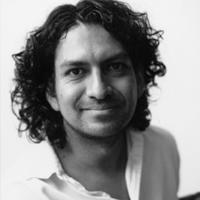 A promoter and curator of film and video programs, Carlos A. Gutiérrez studied Communication Sciences at the Universidad Iberoamericana in Mexico City and earned a master’s degree in Film Studies at New York University. He is co-founder and co-director of Cinema Tropical, a non-profit cultural organization dedicated to the promotion, programming, and distribution of Latin-American cinema in the United States. As a curator, he has presented numerous film and video programs at institutions such as the Solomon R. Guggenheim Museum (New York), The Yerba Buena Center for the Arts (San Francisco), and the Museum of Modern Art in Bogotá, Colombia, among others. Between 1998 and 2003 he was Director of Film and Scenic Arts at The Mexican Cultural Institute of New York. He has been a panelist and a member of the nominating committee of the Media Arts Program in Mexico, sponsored by the Rockefeller Foundation, and the Student Academy Awards. He is part of the selection committee of the New York Lesbian & Gay Film Festival and the Black Maria Film and Video Festival. He frequently gives conferences or participates at round tables at universities. He is currently a member of the Hanson Film Institute advisors’ council and a contributor to Bomb Magazine and Adweek’s Marketing y Medios.