Alejandro G. Iñárritu’s BARDO, FALSE CHRONICLE OF A HANDFUL OF TRUTHS, To Be the Opening Screening of the 20th FICM

BARDO, False Chronicle of a Handful of Truths, the most recent film by the five-time Oscar® winner, Mexican director Alejandro G. Iñárritu, will be the opening screening of the 20th Morelia International Film Festival (FICM), which will take place from October 22 to 29.

The 20th FICM will feature the presence of the multi-awarded director, who will present his film—the first filmed in Mexico since Amores Perros (2000)—at the opening ceremony. 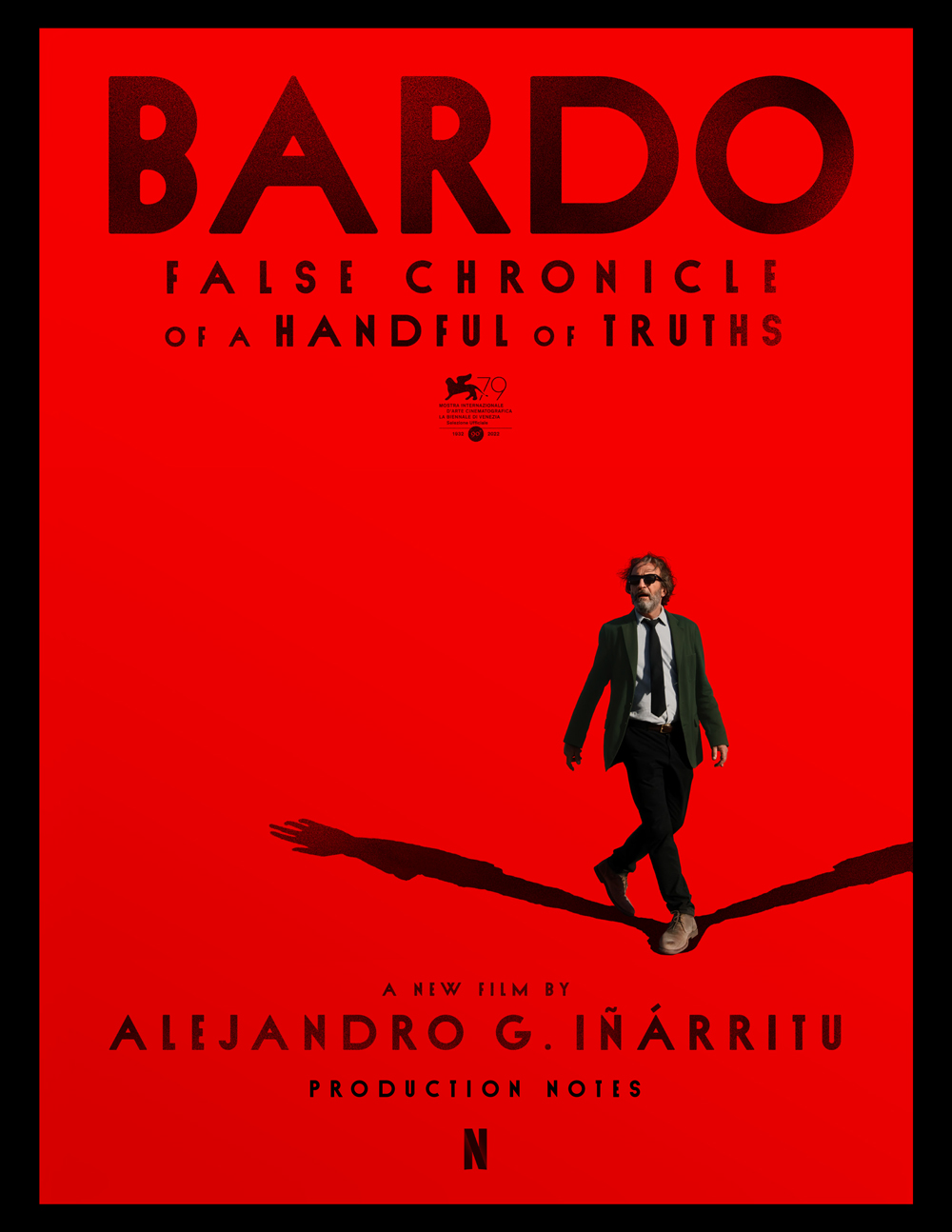 Written, directed and produced by Iñárritu, BARDO, False Chronicle of a Handful of Truths is an epic, visually stunning and immersive experience set against the intimate and moving journey of Silverio (Daniel Giménez Cacho), a renowned Mexican journalist and documentary filmmaker living in Los Angeles, who, after being named the recipient of a prestigious international award, is compelled to return to his native country, unaware that this simple trip will push him to an existential limit. The folly of his memories and fears have decided to pierce through to the present, filling his everyday life with a sense of bewilderment and wonder.

Sliding between the sublime and the ridiculous, the intimate and epic, the absurd and painful, Silverio grapples with universal questions about fractured identity, the ineffable sense of displacement, parenthood and the mirage of success, as well as violence, desperate migration, the history of Mexico and mortality. Indeed, what it means to be human in these very peculiar times.

“My family and I left Mexico City and came to California 21 years ago. Leaving your country behind comes with hopes and plans for the future but inevitably also with uncertainty, contradictions, and paradoxes. Migrating is a way of dying, of being reborn and reinventing oneself many times. At the age of 59, the last and definitive migration is near: death—an inevitable border that does not ask for a passport—sometimes forces you to put things in order. Or at least I try. I felt the need to look within and explore some of those experiences and circumstances that have shaped us over the last two decades. Memories and emotions from different times and spaces have appeared in a non-chronological order and are all intertwined. Memory lacks truth. It only possesses emotional conviction. It is the truth in that emotion that I set out to search for in the enormous drawer of chimeras I have been carrying. Things that once were heavy became lighter and humorous. This is BARDO, the space between. A place where things die, come to life again, and are transformed into a state of perpetual uncertainty:” Alejandro G. Iñárritu on BARDO. 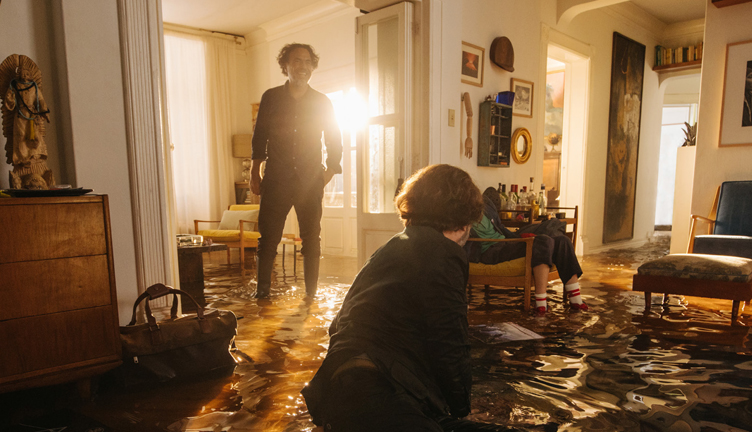 “BARDO is, simultaneously, an act of extreme realism and visionary fantasy. Silverio documents what he sees, but does not dominate his awareness. He dares to question himself so frankly that he gets no answers. His will is made of questions. Like other masters of his art (Fellini, Buñuel, Kurosawa), Iñárritu knows that reality is based on conjectures, illusions, mysteries of the mind. BARDO sets before our eyes a rare miracle: the inner life of truth.” —Juan Villoro (The Washington Post), author and journalist 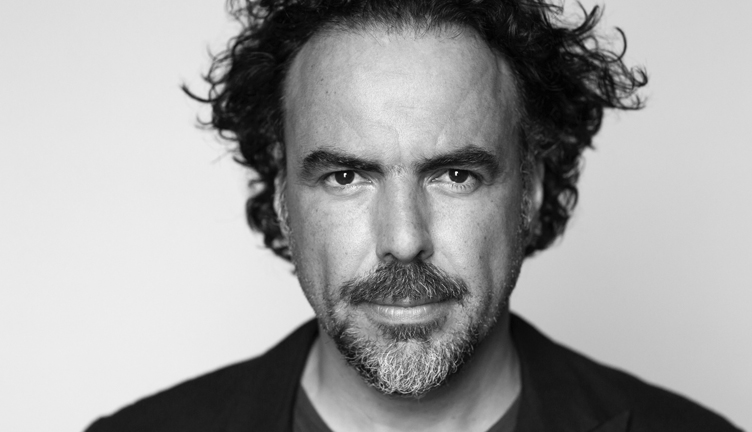 Academy Award®-winning director, writer and producer Alejandro G. Iñárritu is one of the artform’s most celebrated and respected filmmakers. His influential body of work explores the human condition with cinematic daring and a deeply affecting visual grammar. In a career marked by critical and commercial success, Iñárritu was the first Mexican filmmaker to be nominated for either director or producer in the history of the Academy Awards®, the first to win an Academy Award® for Best Original Screenplay and for Best Picture, the first to receive the Best Director Award at Cannes and the first to win a DGA Award for Outstanding Director (and to win the DGA Award in consecutive years). He made his feature directorial debut in 2000 with the Academy Award®-nominated Amores Perros, a drama that explored Mexican society through the perspective of three intertwining stories connected by a car accident in Mexico City. The critically acclaimed 21 Grams followed, receiving Academy Award® nominations for Naomi Watts and Benicio del Toro's performances. Babel completed Iñárritu’s thematic “Death Trilogy”, garnering seven Academy Award® nominations and earning Iñárritu the Best Director award at the 2006 Cannes Film Festival. Critical and commercial success Biutiful was nominated in 2011 for Best Foreign Language Film at the Golden Globes®, BAFTA Awards and Academy Awards® in addition to receiving a nomination for Javier Bardem’s performance as Best Actor.

In 2015, Iñárritu won the Academy Award® for Best Director for Birdman: Or (The Unexpected Virtue of Ignorance). The dark comedy, which he also co-wrote and produced, won a total of four Academy Awards® at the 87th annual ceremony, including also Best Picture, Best Original Screenplay and Best Cinematography for Emmanuel Lubezki, while earning an additional four nominations, including for Michael Keaton as Best Actor. The following year Iñárritu won his second Academy Award® as Best Director for The Revenant starring Leonardo DiCaprio, who won the Academy Award® as Best Actor for his performance, and Tom Hardy. The film, which he also produced and co-wrote with Mark L. Smith, heroically captures one man’s powerful tale of revenge set against the harrowing backdrop of the 19th-century American frontier. In 2017 his visionary, viscerally impactful VR installation CARNE y ARENA (Virtually present, Physically invisible) previewed at the Cannes Film Festival to international critical acclaim, the first VR project chosen as an official selection of the festival. The installation exhibited at Fondazione Prada in Milan, LACMA in Los Angeles, Tlatelolco in Mexico City and around the world. With a singular and emotionally resonant artistry grounded in profound emotional understanding, Iñárritu is universally regarded as a master of the cinema. He began his career as a radio host and radio director at Mexican rock radio station WFM before transitioning to writing, producing, and directing short films and commercials under his Z Films company. 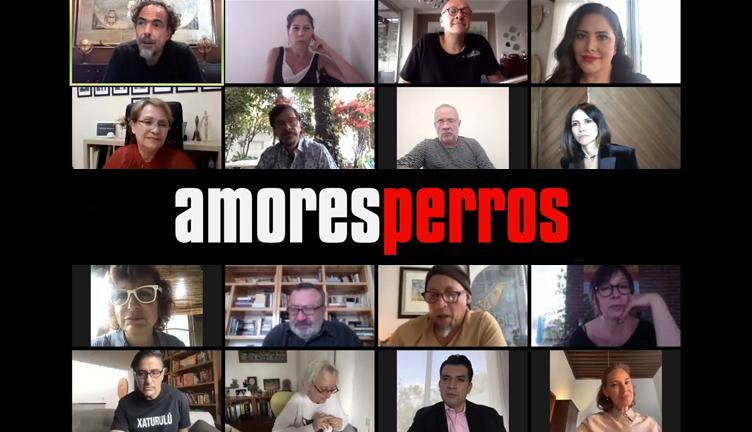 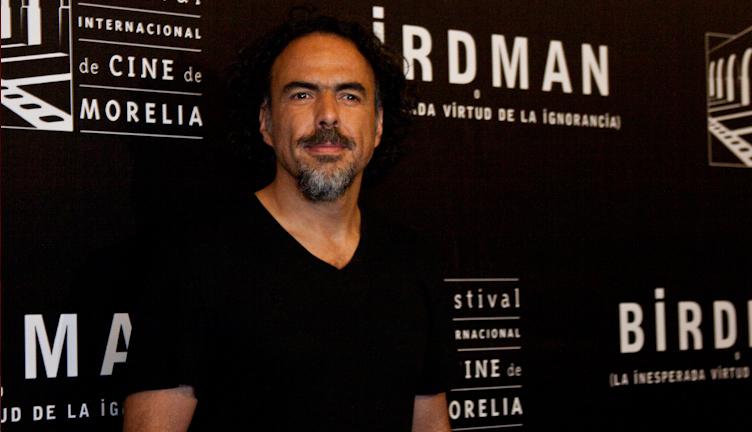